The emergence of genetically modified organisms in the food chain, their application in medicine, as well as their broad use in other aspects of human life, has triggered a series of discussions at the global level regarding the justification and substantial need for the application of these new bioengineering products. The loudest debates focused precisely on the use of these organisms and their potential risks to human health, and then, of course, the effects these organisms can potentially have on the entire environment. We should absolutely not overlook the fact that, although these are products mostly included in the nutrition of animals and people, they can still cause consequences on the ecological and economic-political level. Modern possibilities and achievements of biotechnology have opened the door to the emergence of new types of living organisms, which do not arise naturally, but in the creation of which the human factor is involved. Therefore, the development of genetically modified organisms and the warning of scientists that they still carry certain dangers, leads to the need to regulate this area legally.

Matters not regulated by the Law, but related to the import, transit, placing on the market, use, production, healthiness and labeling of food and animal feed, which consists of, contains or originates from GMOs and specific regulations adopted on the basis of that law shall be regulated with the provisions of the BiH Food Law.

An organism represents any biological entity capable of reproducing and transmitting genetic material. Genetic material is the part of a plant, animal, microorganism, fungus and virus that contains hereditary information.

The procedure of genetic modification of an organism represents a targeted change of the hereditary genetic material of organisms, which does not occur through natural recombination and induction of mutations. The result of that process is a genetically modified organism, which is any organism, except humans, in whom the genetic material has been altered in a way that cannot be achieved by natural reproduction or natural recombination.

GMO product understands all products which are produced or even which contain one or more GMOs, regardless of the degree of its processing, intended to be placed on the market.

Biodiversity, or biological diversity, is defined as the totality of all living organisms as an integral part of terrestrial, marine and other aquatic ecosystems and ecological complexes, and includes diversity within species, between species and diversity between ecosystems.

COMPETENT AUTHORITIES FOR REGULATING ISSUES RELATING TO GMOs IN BIH

In Bosnia and Herzegovina, the competent authorities for issues related to GMOs are the Food Safety Agency of BiH, the Veterinary Office of BiH, the BiH Administration for the Protection of Plant Health, the bodies of entities, cantons and Brčko District of BiH responsible for agriculture, forestry and water management, as well as health and the environment.

Competent authorities carry out official controls, inspection and administrative supervision in accordance with the applicable legal regulations in BiH, entities and Brčko District of BiH. Competent authorities have a duty to cooperate with each other in fulfilling the obligations prescribed by law. Competent authorities receive expert assistance in law enforcement from the Scientific and Expert Body, while the BiH Food Safety Agency represent the leading and coordinating body for performing expert work related to GMOs.

USE AND APPROVAL PROCEDURE OF GMOs

Domestic law provided that cross-border transfer, transit, limited use, intentional introduction into the environment and placing on the market of GMOs and products consisting of, containing or originating from GMOs are permitted under the certain conditions and in the manner prescribed by law and special regulations. In order to obtain approval for the use of GMOs, it is necessary for the interested party to submit an appropriate request in which the same will state the risk assessment data, safety measures that must be taken, detailed data on each case of restricted use, intentional introduction or placing on the market, and confidential data. However, the applicant is obliged, through an authorized legal entity, before submitting an application for approval of the use of GMOs, to obtain a risk assessment of the use of GMOs. The risk assessment is prepared by legal entities authorized by the Council of Ministers, upon the proposal of the Agency.

Based on the analysis of the characteristics of GMOs, the ecological system, biological diversity and the impact on human health or the environment, the assessment determines:

a) assessment of possible negative impacts and their possible consequences on human health or the environment,

b) degree of danger,

d) necessary measures to prevent danger and other protection procedures.

With the fulfillment of all material and formal requirements, the applicant will receive a decision for the use of GMOs by the competent authority, but after verification by the competent scientific and expert body. An appeal against such an act is not allowed, but an administrative dispute can be initiated.

The approval for the use of GMOs determines the method of operation and safety measures, permitted techniques and genetic modifications. In the event of uncontrolled use or introduction into the environment of GMOs and products consisting of, containing or originating from GMOs, the Agency will issue an order immediately, and within three days determine appropriate safety and protection measures.

The law clearly defines that the use of GMOs is carried out in a way that prevents or minimizes the danger to biological diversity (biodiversity), taking into account the dangers to human health or the environment with previous professional expertise obtained from the competent authority. The applicant or the person using the GMO is obliged to dispose of and permanently harmlessly destroy the resulting waste that contains or originates from the GMO in such a way that the GMO is no longer capable of reproducing or transferring genetic material, and that its genetic material cannot be transferred to other organisms.

In terms of publicity and transparency, the Law stipulates that data on the use of GMOs and data on approval procedures of the competent authority are public. In the procedure for issuing authorizations for the limited use of groups 3 and 4, as well as authorizations for the intentional introduction of GMOs into the environment, the competent authority is obliged to make the following available to the public:

d) content of the opinion of the GMO Council.

The import of GMOs or products that consist of, contain or originate from GMOs is allowed if the competent authority has issued a permit for the use of GMOs in accordance with the provisions of the Law and specific regulations before importation.

The Council of Ministers, at the proposal of the competent authority, will temporarily limit or prohibit the import and use of GMOs or products consisting of, containing or originating from GMOs:

to human health, biological diversity or the environment, or

INTENTIONAL INTRODUCTION OF GMO INTO THE ENVIRONMENT

The introduction of genetically modified reproductive plant material into the environment can only be approved on areas that will be determined by the Council of Ministers upon the proposal of the competent authority.

The law also protects certain categories from the introduction of GMOs into them, and therefore it is not allowed to introduce GMOs into:

In this case furthermore, the interested party will be obliged to submit an application for the issuance of a permit for the deliberate introduction of GMOs into the environment, which according to the law should contain:

a) technical documentation with specially prescribed data for carrying out risk assessment of intentional introduction of GMOs or combinations of GMOs for the environment, in particular:

4) data on the interaction between GMOs and the environment,

5) monitoring plan to determine the impact of GMOs on human health and the environment,

6) data on control, protection methods, handling of waste and emergency measures plans, and

b) risk assessment and conclusions along with bibliographic data and indications of the methods used.

The competent authority confirms the receipt of the request and issues a permit for the intentional introduction of GMOs into the environment, based on the previously obtained opinion of the Council for GMOs, within 90 days from the date of receipt of the application, provided that all prescribed conditions are met.

Supervision over the application of the Law and the regulations adopted based on it are performed by the competent inspections within their scope, in accordance with the applicable legal regulations applied in Bosnia and Herzegovina.

In conducting their activities, the competent inspection asserts the right and obligation to prohibit cross-border traffic, transit, limited use, intentional introduction into the environment and placing on the market of GMOs and products consisting of, containing or originating from GMOs, to all entities/persons who did not obtain approval or other consent from the competent authority.

If there is a suspicion that a GMO or a product consisting of, containing or originating from a GMO is being imported, introduced into the environment, placed on the market, used or disposed of in the environment, contrary to the provisions of the Law or a specific regulation, the competent inspector will order the consignment to be placed under customs supervision and request an authentic document from the importer, i.e., the user, and determine the deadline by which the document should be presented.

The advantage of the development and cultivation of genetically modified organisms is reflected in the fact that they enable an increase in the yield and nutritional value of the product without simultaneously increasing the arable land, while at the same time achieving a more considerable improvement in the resistance of plant crops. The aforementioned certainly results in more considerable economic profit and a global increase in the volume of food production. On the other hand, from the moment this type of organism was placed on the market, there was a growing concern regarding its inclusion in the food chain of humans and animals. Globally, there is general skepticism regarding the safety of food that consists of or contains genetically modified organisms for the health of consumers due to theoretically possible genetic and immunological harmful effects on the organism.

In order to clarify and remove all doubts regarding the safety of such food for human and animal health, and in order to strengthen consumer confidence in the modern way of eating, it is necessary to carry out extensive and detailed scientific research and to set up rigorous systems of control, evaluation and supervision of the safety of food that is consists of or contains genetically modified organisms, which would be solely based on scientific facts and the demands of the consumer population. In addition, the role of the legislator, who through a clear and sound legal framework would enable the strengthening of the trust of users and consumers, is certainly unquestionable. 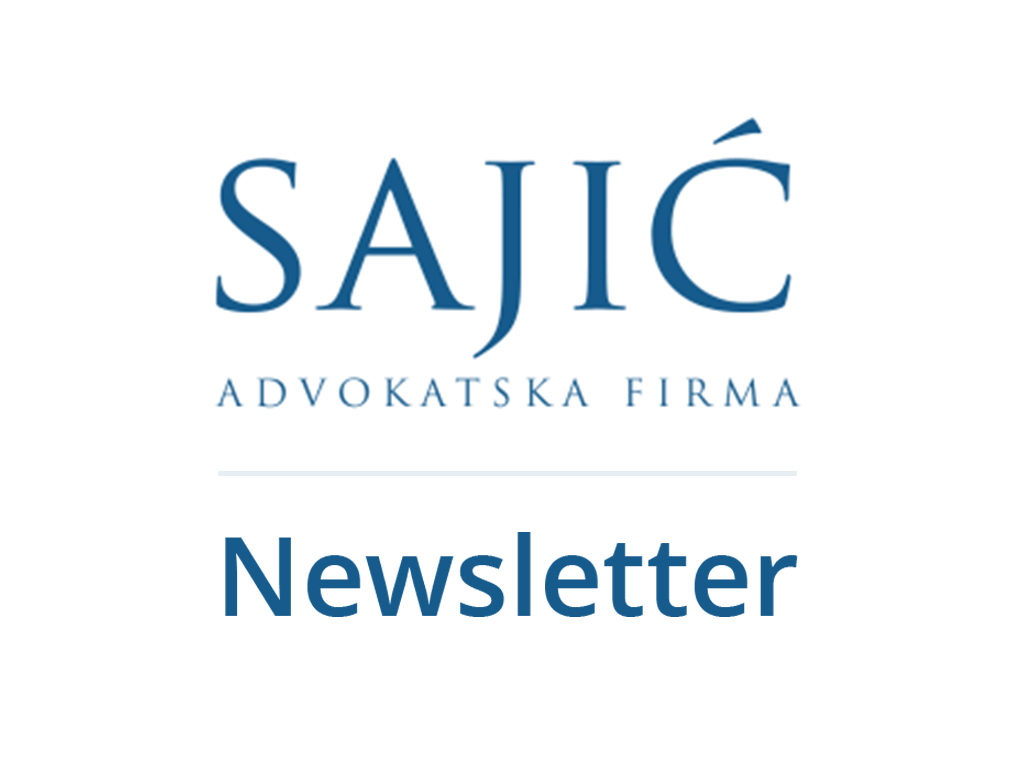