There are still intensive polemics related to cryptocurrency phenomenon. In fact, the same gets new a dimension over time, since new questions about their functioning are being raised on daily basis. However, even though this topic is old news for some people, for most, it is still a rather unexplored area, both for ordinary people as well as for regulatory bodies and public authorities, especially with regard to its legal regulation.

Being aware of the importance of this topic, in the previous text, we have mentioned that we will further explore it but highlighted some basic information necessary for understanding of this phenomenon. The one should have in mind that cryptocurrency cannot be viewed as a separate issue, but as part of a puzzle involving new technologies, primarily blockchain technology and associated Initial Coin Offering (ICO), then smart contracts, along with other related issues and terminology, which somehow flooded the internet community.

There are still different, but inconsistent views, on this issue so in the close future it should be expected that the state and other regulatory bodies will begin to take a clear view on numerous issues related to the blockchain technology and ICO. This is relatively significant due to the fact that it will not only have an impact on the close community, involved in the development of these technologies, but also on financial transactions, data protection, population and work of various institutions. New opportunities were created due to the use of new technologies, which further opened the door to alternative ways of business operations. Many financial institutions are faced with a dilemma, which position to take in relation to this new phenomenon. On the one hand, they are supporters of the same, while on the other hand they are harsh opponents of everything that has to do with blockchain, Bitcoin and ICO in general, and are against their introduction into regular business operations.

If we pay a close attention to the ICO’s definition which reads – an unregulated method of fundraising to secure a new project by offering of a cryptocurrency to the public, it is then clear that the problem actually exists in the fact the same is not regulated. The ICO has become the latest trend in fundraising especially for new projects since there are obvious advantages of smart contracts such as security and the inability to modify their content, transparency, then no chance for money laundering (which is often emphasized as one of the main advantages or disadvantages, depending on the position), the inability to forge cryptocurrency, but it still opens the door to numerous questions. For example, the Croatian National Bank has warned about many risks arising from such products, noting that cryptocurrency is not electronic money in accordance with the definition of the Law on Electronic Money, neither it is a service under the Payment Transactions Law, so the business entities dealing with the same are not licensed and they are not under the supervision of the Croatian National Bank.

Different countries in the world have a different approach to this phenomenon. Countries such as Australia, Japan and Canada consider cryptocurrency as legal, in fact they already have cryptocurrency exchange regulations.

In Switzerland, cryptocurrencies and exchanges are legal, and the country has adopted a remarkably progressive stance towards cryptocurrency regulations. The Swiss Federal Tax Administration (SFTA) considers cryptocurrencies as an asset since it is subject to the Swiss wealth tax and must be declared on annual tax returns. The Swiss Financial Market Supervisory Authority (FINMA) has published a set of guidelines on the existing financial legislation for a range of areas – from banking to securities trading and investment plans (depending on the structure).

The EU Parliament has not adopted a special law on cryptocurrencies, and crypto-exchange regulations vary from state to state. What is particularly interesting is that the tax on cryptocurrency does also vary, but many Member States charge a capital gains tax on crypto-gain profits – at rates of 0-50%. Therefore, if there is a tax there is room for regulations, which is certainly a significant shift forward. The Court of Justice of the European Union in 2015 decided that the exchange of the traditional currency for the cryptocurrency should be exempted from VAT, which is a rather firm step forward when it comes to regulation of certain issues.

In Member States, the exchange of cryptocurrency will have to be recorded/registered with appropriate regulators, such as the German Financial Supervision Agency (BaFin), the French Autorité des Marchés Financiers (AMF) or the Italian Ministry of Finance.  In April 2018, the EU agreed on the text of the Fifth Money Laundering Directive (5MLD) for cryptocurrency exchanges in accordance with the EU legislation on the prevention of money laundering. This implies that cryptocurrency exchanges will have to meet the KYC standards (Know-your-customer) which will have to be respected by financial organizations with the purpose of preventing money laundering and terrorist financing as well as in order to satisfy standard reporting requirements. While advocates of new technologies advocate it for the sake of reliability but also to avoid possibilities of money laundering, there is a certain paradox, as most regulatory bodies, in the field of finance, require compliance with certain established procedures for carrying out transactions and obtaining information about those who requested the transaction as well as about end-users. However, ICO, smart contracts, and cryptocurrency submission of data in a way known or acceptable to regulatory bodies, although bitcoin’s blockchain can be considered the safest database in the world. However, there is a how to reconcile the current, i.e. traditional legal framework related to transactions and transfer of rights with new technologies and capabilities. We are aware of the fact that the practical side of life takes precedence over formal rules for transactions (of any kind), which is witnessed by mobile banking, various applications, etc., which in general is yet not regulated by our state . Therefore, considering the legal aspect of cryptocurrency and smart contracts the same seems very far away from us. However, it does not need to be strictly believed. On January 9, 2018, the Central Bank of Bosnia and Herzegovina announced that the convertible mark is the only legal instrument of payment in the country, and it is not possible to exchange it for bitcoins or other cryptocurrencies. At the same time, the Bank stated that there are no plans to limit or prevent the purchase and trading of virtual currencies. It is not neglectable for the beginning, is it?

Law – keeping up with technology – Blockchain and its applications

Law – keeping up with technology – ICO projects, products and tokens﻿ 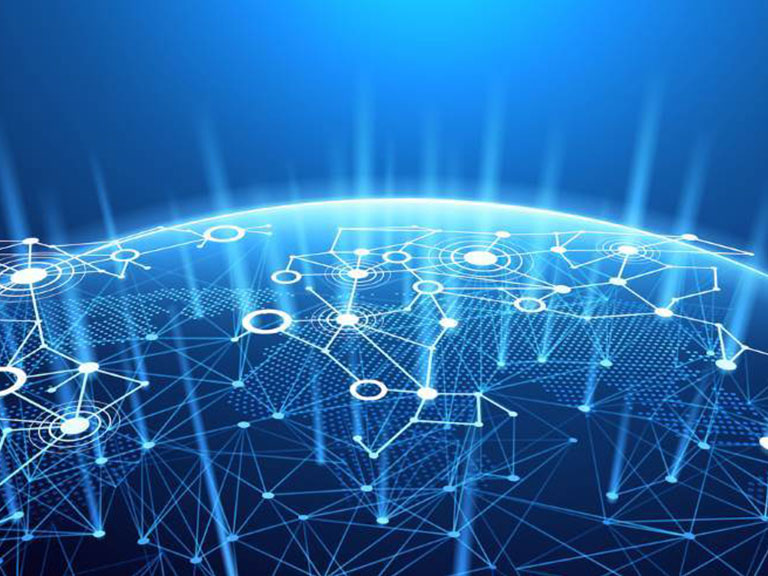